Dedicated to a sustainable future

Here are some of the stories that are capturing our attention at the moment.

Embedded with the Enemy and a Shining Linear Future 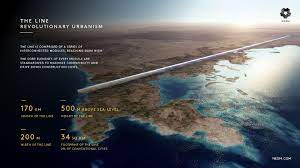 The United States has been sucking up to Saudi Arabia since 1933.

That is in reference to the USA's alliance with this Islamic state and its vast oil reserves. Over the last 150 years, energy consumption has determined much of the history of humankind. Coal was king of energy creation up until the first decades of the 20th Century, when the exploration of oil and gas reserves set the stage for the widespread use of the internal combustion engine. Oil and gas "barons" became "kings", in the metaphorical sense, other than in Saudi Arabia, which has a ruling monarchy, Disney-style, except that the rulers there have been sadistic and deadly.

Because Saudi Arabia is the world's largest exporter of crude oil, and owns 15 percent of the world's proved oil reserves, and because the mobility of the modern world - including that of the world's armed forces - is dependent upon this supply, the Saudi's have literally gotten away with murder. And they have done it with impunity.

The world seems to know that the Saudi regime ordered the murder, and cover up, of dissident journalist Jamal Ahmad Khashoggi, who wrote for Middle East Eye and The Washington Post, and was a general manager and editor-in-chief of Al-Arab News Channel.

U.S. President Joe Biden campaigned as a tough guy, who was going to crack down on the Saudi's, but a few weeks back he visited Saudi Arabia and held hands and kissed rings, as U.S. presidents have for almost one hundred years.

According to Wikipedia, the "core logic underpinning the relationship is that the United States provides military protection of Saudi Arabia in exchange for a reliable oil supply from the Saudis, pricing of oil in US (sic) dollars, and Saudi support for US foreign policy operations across the world".

That third part - Saudi support for U.S. foreign policy - is glaringly at odds with the Saudi's decision to effectively raise oil prices by limiting supply, all of which allows Russia greater leverage in the world oil market. This is big, because Russia has only its own vast oil reserves to use for funding its invasion of Ukraine. That is not going well for Russia, and the Saudi decision on cutting oil supply clearly works to the advantage of Russia in the Ukraine conflict, which is a proxy war for the continuance of a democratically-elected governments world-wide. Democracy is the flip side of what is happening in Russia and Saudi Arabia, so Joe Biden's recent trip to the Kingdom looks really bad, as mid-term elections in the U.S. grow near.

The Kingdom is moving full force into the future, building their futuristic linear city (The Line), effectively cutting their desert nation into two hemispheres. The monarchy is incenting foreigners to relocate to Saudi Arabia, to populate this ribbon city.

Oil will eventually be replaced by other energy resources and energy creation concepts. The Kingdom is looking ahead, into a future where crude oil will be less valuable than brain power, and they are taking dramatic steps to bridge that chasm between now and the future.

The irony in that - a group of medieval-minded monarchs building toward a sci-fi future - is compounded by the U.S. allegiance to a fading technology, and a history of tuning a blind-eye toward egregious Saudi human rights violations.

It is a horrendous look, one that makes Joe Biden seem like a representative of a lost era, aware but unwilling to do anything other than what has been done. His is a willing acceptance of a new shining city on a hill - or flat plane, in the Saudi's case - built upon a foundation of corruption, religious fanatacism, and murder.

It is shockingly like Washington D.C., but much shinier, much more symbolic of something powerful ahead.

Gavin Gears for the Oval Office (In a Most Unusual Way)

California Governor Gavin Newsom doesn't seem to be waiting around for President Joe Biden to announce his retirement and drive his Corvette off into the sunset. Instead, Newsom is going right after two of the nation's most prominent Republican governors: Ron DeSantis in Florida and Gregg Abbott in Texas.

Newsom easily defeated a recall initiative earlier this year that was launched by California Republicans desperate to kill Newsom's presidential ambitions in the crib. It didn't work. Of the 12.8 million Californians who participated in the election, 61.9% voted to retain Newsom, and 38.1% voted to recall, a broad enough margin to give Newsom the confidence to go bold.

Newsom is going national, an intention announced by his decision to buy billboard space in Florida and Texas, hammering those two states' governors on their restrictive abortion laws, and on their handling of the immigrants flooding in over the southern border.

Publicly, the California Governor is saying he won't run in 2024 if Joe Biden seeks reelection, but he has planted his flag in a provocative way, even challenging DeSantis to a debate. That's signals Newsom's belief that DeSantis will be on the Republican ticket, and he is virtue signaling on the other side of a couple volatile issues. He has staked his claim to a party nomination that may be available in a way that hasn't happened in years, with a one-term Democrat president yielding to a primary challenge.

Senator Edward Kennedy challenged sitting President Jimmy Carter for the 1980 Democrat nomination. Kennedy lost, but the move soured party enthusiasm and signaled that the nation had lost confidence in Carter, the former Georgia Governor, who came to Washington D.C. as an "outsider" and never cracked the protective ice.

Franklin Pierce, the nation's 14th President, is the only elected Oval Office holder to lose his party's re-nomination for President. Democrats, in 1856, dumped Pierce and went with James Buchanan. Pierce had been wishy-washy on the slavery issue.

Four other sitting Presidents were denied their party's nomination for the office, all of whom came to the White House as Vice Presidents whose party leader died in office. Whigs John Tyler (#10) and Millard Fillmore (#13) got there by natural causes, so to speak. Democrat Andrew Johnson (#17) came to the nation's highest office with the assassination of Abraham Lincoln (#16), and Republican Chester Arthur (#21) upon the assassination of James Garfield (#20).

Galloway and the Charting of Decline 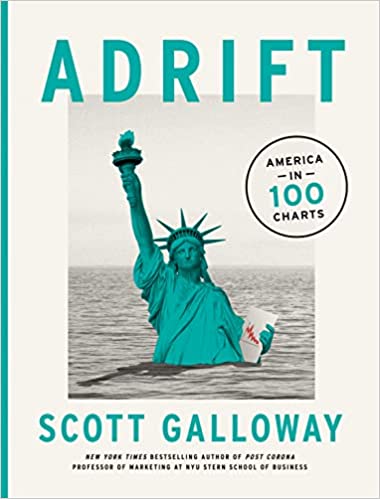 You see everywhere you look, in every publication, on every channel: Americans are sad and depressed. Things are not going well and haven't gone well in a long time.

Scott Galloway has captured all of this in his compilation of charts, some of recent creation, some quite old, that taken all together show the Statue of Liberty clearly sailing out to sea.

She's probably going to live in Saudi Arabia, or just off shore, where perhaps she can attach herself to The Line and the future of whatever the future is there.

Kirkus Review sums up Galloway's sobering pastiche of societal pain in this way: "...we don’t seem to be capable of fixing major problems: the fact, for instance, that in 1966, “the U.S. committed 2.5% of its potential GDP to infrastructure development,” whereas today the number is 1.3%. Furthermore, “about 1 in every 5 U.S. roads is in poor condition. Forty-five percent of Americans do not have access to public transit. A water main break occurs every two minutes.” Meanwhile, the number of workers in the financial sector who populate the ranks of the ultrawealthy has doubled in the past four decades, and most of them know how to skirt tax laws. Corporate profits are more than double the percentage of employee compensation, while Jeff Bezos’ and Elon Musk’s space adventures occupy far more eyeballs on the TV news than the far more significant climate crisis. Everywhere the reader turns in Galloway’s book, there’s frightening news that promises to grow worse. In a supremely timely turn, for instance, he links mass murder—“a uniquely male crime” committed by “bored young men without any pathway to economic security”—to the general hopelessness of the era. Marriage rates are down, education for minority citizens lags far behind that for Whites, inequality grows, and wages continue to fall. All the points made by the author’s tables and graphs—“visuals that strike a chord and inspire action”—point to a maddeningly visible but unacted-on dissolution of the republic."

It all makes the RCJ wonder, why exactly did we stop trying? What is behind our American decision to drop our notion of custodianship?